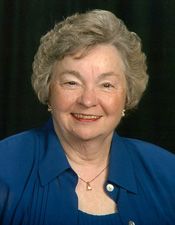 The Cabarrus County Education Foundation (CCEF) began as the brainchild of Grace Mynatt and the late Roy Davis, Jr. As a retired school teacher, Grace believed that “the world our children live in demands the highest quality education we can provide.”

In sharing her vision to create an education foundation for Cabarrus County Schools, she reached out to Roy Davis. He stepped forward and donated $100,000 as the initial seed money for the foundation. He stated, 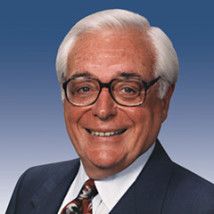 “I believe strongly in public education in Cabarrus County… My challenge to all of us who know the value of an educated mind is to support the foundation.”

Grace and Roy went to work building CCEF – holding a kick-off luncheon in 2001 at Charlotte Motor Speedway. Initial efforts of the volunteer-run organization focused on funding the Direct Instruction Reading Program which targeted students who were non-readers or below level readers in the primary grades, the Superintendent’s Choice Art Awards and a spring luncheon celebrating first-year teachers in Cabarrus County Schools (CCS). In 2012, the CCEF Board of Directors voted to begin the classroom grant program to support teachers in providing creative and innovative learning opportunities to their students.

In November 2013, Grace challenged the CCEF Board with these words, “Over the years, I have been lucky to have been involved in several new initiatives and it has been my experience that there comes a time in the evolution of an organization, that a formal management arrangement is crucial. This is that time.” In January 2014, Rachel Wilkes was hired as the first full-time executive director for the foundation.

In 2016, Rachel accepted a position at another nonprofit organization and Amy Gough was brought on as the new executive director. Besides continuing the amazing work begun by the board and Rachel, Amy’s extensive nonprofit leadership experience is leading the foundation to many new heights.

CCEF has expanded our programming to include the Cabarrus LINK and the Reading+Mentoring 4 Success programs. Additionally, we have supported CCS Career & Technical Education initiatives by bringing our business community into New Program Task Forces and Advisory Councils, facilitated many business/school partnerships, served as a coordinator for supply drives supporting our schools and partnered with CCS to support teacher and staff initiatives, New Teacher Orientation and Teacher of the Year/Celebration of Excellence.

Since its beginning, CCEF has contributed over $650,000 to support the students and staff of CCS. To recognize the efforts of all, CCEF was awarded the The Chamber - Leading Business in Cabarrus'  2016 Nonprofit of the Year Award for its exemplary work in supporting CCS.